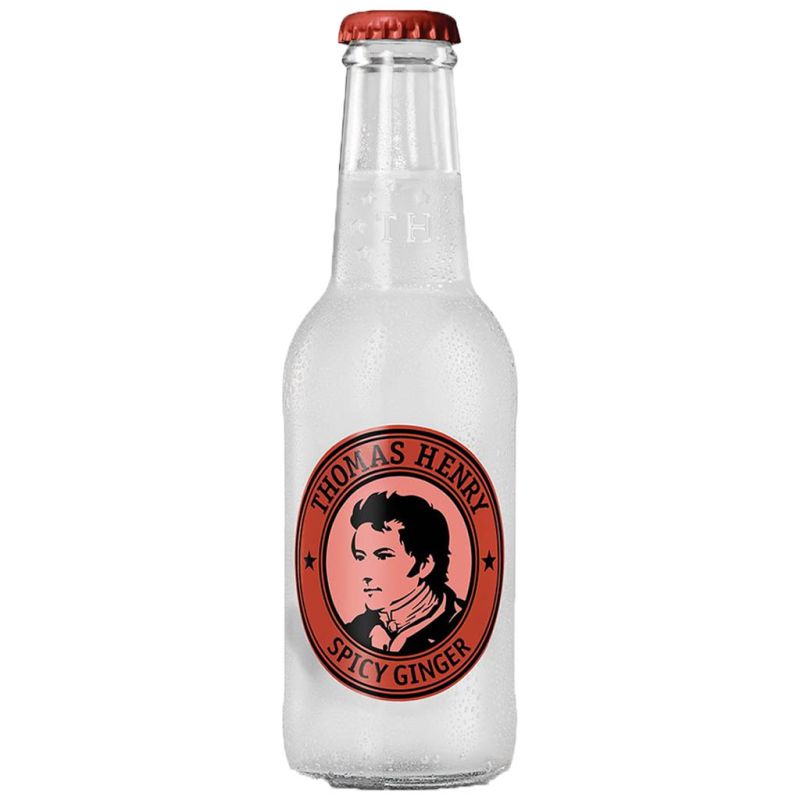 The first German-made ginger lemonade that is based on the original British recipe. Here, the pungency of ginger and chilli are joined by spicy citrus aromas. This premium mixer showcases its perfect harmony of sweetness and spiciness.

Since its appearance, the award-winning Thomas Henry Ginger Beer has been indispensable in the best bars. A special kind of refreshment with the full ginger kick.

The name "ginger beer" suggests that alcohol was once involved in this mixer. And that's true! The ginger bulb was imported from Asia to Europe via colonial trade in the 18th century. In England, ginger, lemon, and sugar were then used to brew the so-called ginger beer, which had a low alcohol content. In 1773 the British pharmacist Thomas Henry discovered carbonations and thus from the late 18th century onwards, the English began producing ginger lemonade/ginger beer in much the same way that is appreciated and loved today. Surprisingly spicy and refreshing.

Ginger Beer is regarded as the hottest ginger mixer on the market, and not for nothing we might add. Ginger Beer won the "Great Taste Award" and took first place at the Mixology Taste Forum in 2016.

This is a really versatile mixer. Famous for the various "Mule" cocktails, Take rum and lime and you've got an excellent Dark'n'Stormy. with Vodka, the Moscow Mule.

But the legendary vodka-based long drink is not the only Mule that provides worldwide enjoyment today. Use tequila and you've got a Mexican Mule, made with bourbon and it's a Kentucky Mule.

For a Gin Gin Mule, in a glass (or copper mug to be classic) filled with ice, add 45ml of Gin (We like Star of Bombay for this one). Add 20ml Rose's Lime Cordial and 10ml of Monin Sugar Syrup. Stir gently, and then top up with the Ginger Beer. Garnish with a sprig or two of mint.

Gin, rum, and brandy also get along brilliantly with this premium filler. The power of Ginger Beer is the fact that it is a taste-intensive enrichment at any bar, and at home!

Write Your Own Review

Check items to add to the cart or

More from this brand

Ordered before 4pm? We send the same day

The Tonic Specialist in Europe